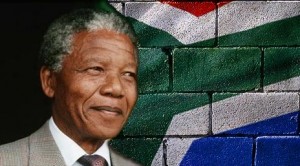 As a white person growing up under apartheid, the name of Mandela was the dark face of armed uprising and rebellion. And just as Nelson freed his people, so too his name freed me. I was lucky enough to have several teachers who opened my eyes to the ANC struggle, to the lies of apartheid and to the everyday injustice against which Madiba, and those fighting with him stood against.

Of all his characteristics, I most admire Madiba’s intransigence when he was tempted by his jailers. He withstood offers to see and be with his family, he withstood offers of freedom, he was beyond temptation. While he saw that he could turn the spear and use it against his captors, through his own will, he understood that it was a risk. And he was prepared to pay the price — something that so few so-called leaders are prepared to do so today.

Nelson Rolihlahla Mandela is the personification of the beautiful region that I call my home, the Eastern Cape of South Africa. It is a region that is at once tumultous and peaceful, full of energy and surprises at every corner. It is not a pretentious land. It is a a land of austere beauty in the inland and one of striking beauty on the coast — a land of contrasts, it is one that knows drought and flood and harshness.  This land is the link between me, my family, that of Nelson Mandela, where his body will be laid for all days, and it is the land that cradles our precious youth. It is this amazing link that leads me, again and again to risk improving the lot of the youth in the Eastern Cape, even at great personal cost. It is but a small tribute to Madiba.