Masicule is a concert that celebrates the voices of Makhanda (Grahamstown), this programme was established in 2013 and it has been going on for 7 years. There were more than 500 learners participating from different school choirs.

On the 9th of March 2020 40 awarenet core group learners from grades 8 to 11 went to the Masicule concert which was held in the 1820 Settlers monument in Makhanda. 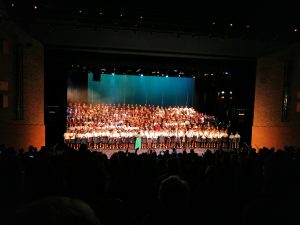 The artist this year at Masicule was Miss Nomfundo Xaluva. She is a great performer who has a unique way of connecting to the audience with her songs and her movements on the stage. The concert was the definition of  what music is about; her music is just simple but yet attracting and reaches everyone. 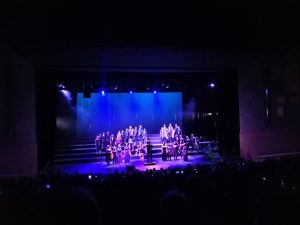 The Masicule concert was full of parents, conductors and children. Seeing the parents supporting their children was a beautiful sight. For those of us who used to go to Masicule it was nice to see that they involved more township schools this year. The concert was mesmerizing and the audience was very happy. The audience was also thrilled that the guest artist used to study in Makhanda. In her days she was in a school choir which performed at the very same stage.

We would like to thank the National Arts Festival for giving us awarenet members the opportunity to take part in the Masicule concert. We experienced a lot of fun and gained some knowledge about music and how it connects with our roots and soul. The youth got inspired and thrilled by the powerful performance done by Makhanda high school learners and some special guests who flabbergasted the crowd with their wonderful performance. We appreciate the free transport the National Arts Festival offered us, it was really helpful in getting us home. Therefore we hope that the Festival keeps on supporting occasions like these as it inspires the youth of Makhanda. Thank You!