On the 28th of November, the C.M. Vellem Higher Primary School graduated 50 Grade R learners. The VSA was invited due to our  various community work  in the school . It was a pleasure seeing the learners, who are 5 to 6 years old singing and dancing in the middle of the classroom. Lots of Cream Cake was arranged on a table and a group of parents were cooking delicious meals in classroom next door. 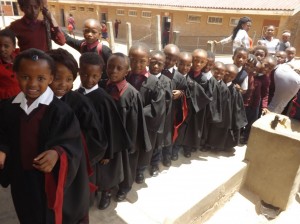 The ceremony was officially opened by the Grade R teacher Mrs Mafumana, who spoke about her young learners with much pride where after she introduced the new learners to all the parents, who attended the ceremony. The Grade R learners entertained the parents with the singing of nursery rhymes and dancing – even the National Anthem was sung. Parents proudly listened and watched as their daughter and sons sang flawlessly. We were also entertained by the Grade 8 learners singing a few songs followed by a traditional dance. After all the entertainment, it was time for the graduation cerimonies. The learners were dressed smartly in their school uniforms and graduating gowns as they walked in two by two with their teachers Mrs Mafumana and Mrs Timana while everybody was applauding. It was a really touching moment. After a successful graduation  it was time to celebrate the occasion with  pieces of cake, juice and fruit that the learners enjoyed . Their parents were invited to a scrumptious fully cooked meal and at the end of the event everybody was thankful for a very successful year. 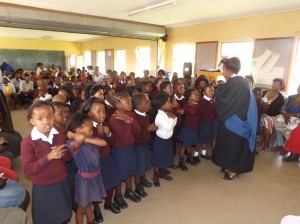 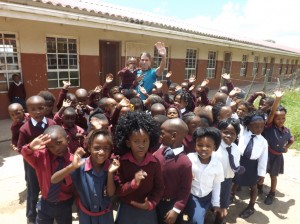