2014 was an extraordinary year for me! In January, I decided to apply for a year of volunteering with SAGE NET and quit my job in March. After walking the Camino Francés through Spain I had my first preparation seminar in June with Dr. Anna Wertlen in Berlin. Together with Julia, we spend three days in Anna’s lovely home where she set us up for the upcoming experience in South Africa. In the beginning of July we had a second preparation seminar near Berlin together with all the other volunteers of SAGE NET. After ten days of icebreakers, lectures and coaching, I felt confident and was looking forward to going to Grahamstown. Sadly, it wasn’t the last time I had been to Berlin though. Due to some struggles with the embassy about my “Visitor’s Visa” for South Africa I had to go back three times. Finally, my visa application was accepted and I spent the last month in Germany visiting my friends and family to say Good Bye. Sadly, Julia wasn’t lucky and her visa was denied over and over again.

On the 22nd of September, I left Hamburg and flew via London and Johannesburg to Port Elizabeth, where I finally arrived on the 23rd. My first impressions of my new home country were not as radical as I thought. The airport itself wasn’t as big as I was used to and the streets within Port Elizabeth weren’t pothole-free but in general at first sight there was no big difference to Germany. In the evening, I went to Grahamstown where Terri had organised a charming welcome braai. I met my new landlords and neighbours as well as the rest of the VSA staff for the first time and felt warmly welcomed. My work for VSA started the same week due to the planned awarenet Peace Day Concert in the Noluthando Hall, where five of the awarenet schools participated. 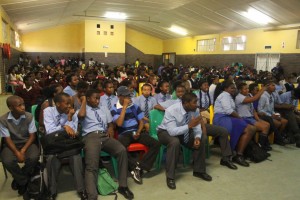 It was the first time I realised that South Africa is way different than Germany. Right in the middle of the concert all the overwhelming experiences and impressions of the first days welled up inside of me: the townships, the poverty, the different languages and cultures, the singing learners and the dancing crowd. I realised that the expectations I had built up during the preparation seminar were mostly wrong and coined by prejudices. I spent the next two weeks sorting out my new life and work and started to explore Grahamstown as well as Port Elizabeth and Hamburg (the one in South Africa of course). 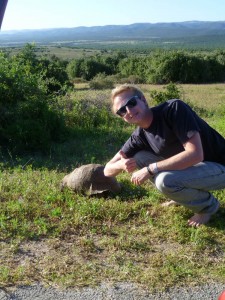 In the middle of September, I started my first project about Mandela and had a lot of fun getting to know all the learners from different grades and schools. In the beginning it was quite hard to warm up with them due to the language barrier, but after a couple of sessions the communication improved and the awarenet sessions became more and more joyful. Besides the Mandela project we started with the recordings of the awarenet Peace Day Songs at Rhodes University’s Music Department. During the last two weeks, most of the projects were finalized and the new ones for next year were being prepared. By now, the 4th term of school has ended and the learners are on holiday. I hope to see all of them next year! 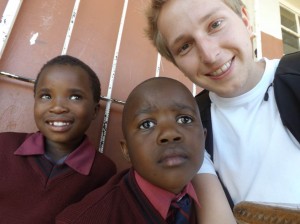