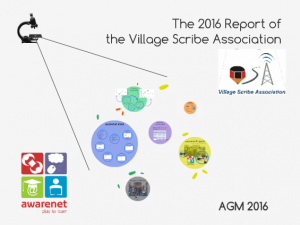 3. The South African VSA was successfully audited by the Tax House in Grahamstown.

4. The actions of the management board were formally approved for the business year 2015 (Germany and Belgium) and 2016 (South Africa).

5. Sabine Wiekenberg stepped back as vice-chairperson of the VSA Germany. Dr Eva Hert was nominated for the position.

Eva Hert was unanimously elected to be the new vice-chairperson of the VSA in Germany (without a dissenting vote).

6. Anna gave a detailed report about all projects in 2016.

8. There were no issues to discuss.