On Saturday 22 February 2020, the Awarenet staff was invited to an Engaged Citizen Programme (ECP) training which was held at Rhodes University by their community engagement division team. This was an initiative for local NGOs (referred to as partners), to recruit students to volunteer in their respective projects/programs. Hundreds of students showed up which included both new and returning volunteers. 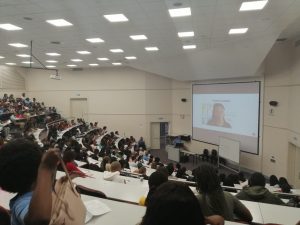 The ECP training kicked off with introducing the various partners to students, with Awarenet being one of them. It then followed with discussions of why volunteering is important as well as how it is mutually beneficial to both the volunteer and partner. Throughout the discussions, the notion of social change and transformation kept coming up. Community engagement promotes social change and transformation for the communities in which we live, as well as for our own personal growth. Awarenet and the other partners were then given the opportunity to talk to students in either small groups or individually about what their organizations are about and how students can be involved. Students then later signed up for an organization which they were interested in. 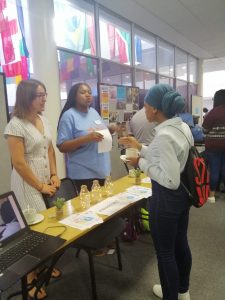 Awarenet managed to recruit six volunteers who will be involved in various projects such as assisting with the daily core groups and a separate homework assisting program.
At the end of the day, the most important principle of community engagement that resonated with both the partners and volunteers was that, community engagement builds relationships. Building these relationships enables change and progress visible to everyone participating. Volunteers were reminded that there is also space to grow both individually, and as a collective. 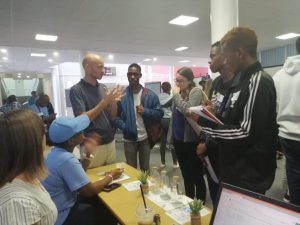