The Joza Youth Hub hosted an open discussion session on the 10th of October about social work and ECD with the guest speaker Janet Jobson. She is a well known coordinater for the DG Murray Trust in Cape Town. 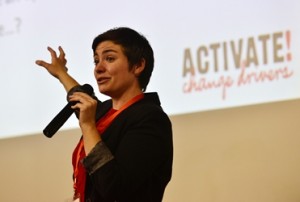 Several delegates of other NGOs (e.g. Ubunye Foundation and Lebone Centre) came to take part in this event – 15 to be precise.
Janet Jobson started the conferation by giving us some input about the latest scientific results of brain waves of infants and as a consequence thereof the importance of ECD (Early Childhood Development). We found out that love, nutrition, security and stimulation are the most important things for a child’s optimal development – especially in the first 1000 days. Learn more
Within the discussion we broached certain other subjects such as the theory of change, the way of monitoring facts of NGOs and the governmental barriers.
Overall it was a very interesting and informative open session. I hope that there will be more discussions like that in the future