The first half year of 2015 has been quite successful so far. After a general introduction of the awarenet platform we have worked on two long projects, attended the Science Festival and invited to our awarenet Open Day as part of International Girls in ICT Day. 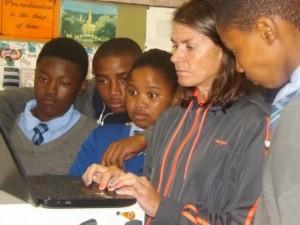 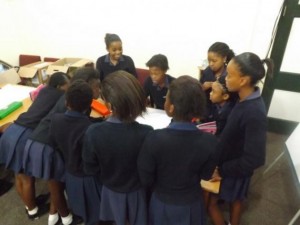 Good Shepard learners working on there posters for “SciFest”

We attended “SciFest” to promote awarenet and to tell people about our project we worked on during the few weeks before “SciFest”. Lots of schools visited  “SciFest”. Victoria Girls HS was also there to promote their school and the project they were working on. Our awarenet learners also had the opportunity to attend “SciFest”, namely Ntaba Maria PS, Seventh Day Adventist School, Archie Mbolekwa SS and Upstart. The overall winners of the poster competition had the opportunity to go to the “SciFest” namely Ntaba Maria PS and Seventh Day Adventist School. The learners enjoyed the atmosphere and they had fun walking around  and looking through all  the different activities. 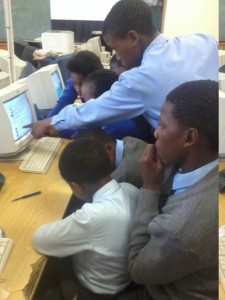 In the second school term we started with the Health and Fitness Project. Learners had the opportunity to play sport, get fit and learn more about team sport. The learners played different sports like soccer, netball adding some fitness exercises for general strength. We had motivational speakers who came to the schools and gave motivational talks to the learners about motivation in sport. Rooi Rikhotso talked about how to keep motivated in sport while still focusing on academics, not to get involved in wrong doings and wrong friends, he shared his experiences with the Ntaba Learners. Seventh Day Adventist School  and Good Shepard PS had the opportunity to listen to Thandoxolo Royi talking about his sport, Karate. Chris Tobela motivated C.M Vellem HPS with his Soccer Coaching skills giving them advice how to achieve in Soccer. Blogs were written about the motivational talks. 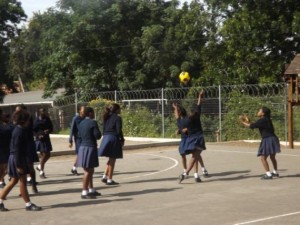 We used the awarenet forum to discuss sporting habits and eating habits. Learners also wrote blogs about good and bad eating habits. We still continued to play lots of sports getting fit for our Health & Fitness Day held close to Youth Day. Our final big day in the health and fitness was held on the 12 June 2015. We played soccer dividing in 5 member teams. The overall winners in the soccer tournament was C.M Vellem HPS. Being the winners of the tournament they each received a water bottle sponsored by Run/Walk for Life. The Mr. and Miss. Fitness was up next six boys and six girls partaking in this event. They had to do sit ups, push ups and star jumps for 45sec. The persons with the most points would be the overall winners. Zezuthu Fikani of the S.D.A School and Thanduxolo Rooi of Nombulelo P.S were the overall winners. They each received a sponsored School Stationary (rulers, rubber, pencil cases and pens) from Albany business machines. 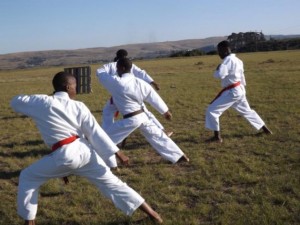 We were also entertained by a Karate demonstration by the Joza Karate Club. It was a great fun day out learners has fun, the Fitness project was a great. Thank you to all who contributed to our sports day, Run/Walk for Life a R500 donation towards food and water bottles, Albany Business  Machines for donating School Stationary and Madhatters for a cake.

Next term we will start our Peace Day music Project a Project that’s a very successful one the last 2 years. 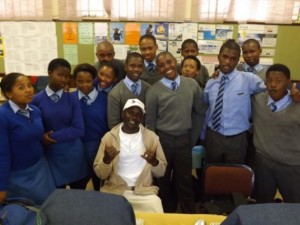 A motivational talk by Rooi Rikhotso