The Puku Story Festival is a festival that is annually held in Grahamstown at settlers monument but this year it was held in the literature museum in Durban street. It took place from the 21st until 25th of february. The festival is basically  about enriching our culture through reading and listening to stories and poetry. 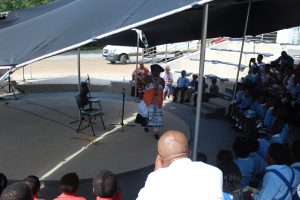 We (Andiswa, Sinesipho, Sinesipho) went  to the festival with the awarenet group and it was amazing. We got to meet the founder of the festival who is Sisulu’s daughter-in-law, we took pictures with her and we had a little conversation  with her about our article which was published in the Grocotts the previous week. 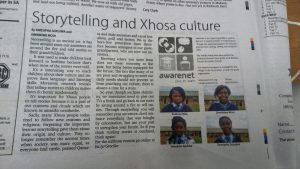 the article we wrote for the “Grocotts”, the local newspaper 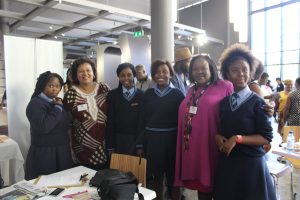 We had a great time because we were treated like celebrities, considering the fact that we had a radio interview with Umhlobo Wenene, one of the biggest radio stations in Mzantsi.  We also had a lot of pictures taken of us by photographers from REDISA, the Recycling and Economic Development Initiative of South Africa. 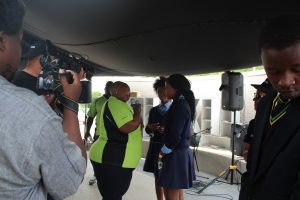 It was a great  experience  to go to the  festival  not only because it improves our literature knowledge but also because it gave us a better understanding of who we are and where we come from. And seeing young people who embrace their culture  inspired us to do the same.

This blogpost was written by three of our awarenet students from Khutliso secondary school. The awarenet team and the students attended the Puku story festival on Friday the 24th of February.