On the 9th of March the awarenet core group made an excursion to the Scifest – the annual Festival taking place in Makhanda/Grahamstown which showcases science, technology and innovation. This article is put together by videos and text created by the learners of the grade 10 core group themselves.

Even though the weather was kind of bad we tried our best to make the day enjoyable. The Scifest was an experience for everyone in the core group to be part of. The Festival was all about the history of science and particularly about the periodic table as it has its 150th Birthday this year.  We attended many different workshops:

The second workshop was about observing different colours from different lights and we made a little box with a CD inside it. 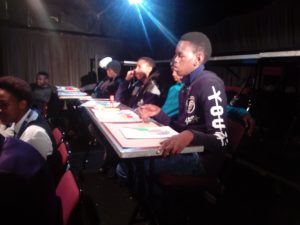 We also attended a love chemistry workshop whereby we were told about the formation of love. We were also told about what goes on in a person’s mind when one is in love. We also learned that love is a form of addiction.

We also watched a laser X show that showed us how science can be very cool. This was made by three guys who are technical operators in Idols.

Then we went to another  interesting workshop that was  about being creative scientifically and thinking outside the box. 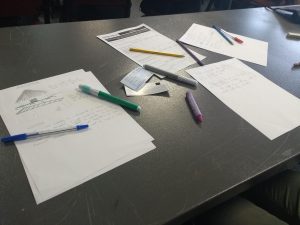 This show was run by an American lady who taught us about different cultures and how life could be like on other planets. Each and everyone was given a paper and some pencils and we were told to choose a culture and write something about it.

This Blog post was created by the members of the Learning Group Grade 10.