Our Grade 10 learners got the chance to visit some of the performances at the National Arts Festival 2019 in Makhanda. The festival displayed a big variety of performances. In our weekly sessions we constantly practice writing English texts. The festival gave us the possibility of writing reviews of the performances we could see at the festival. We also discussed how important it is to have an opinion and to find verification for this opinion. When writing the reviews we try to balance out positive and negative experiences and learn to provide reasons our opinions. 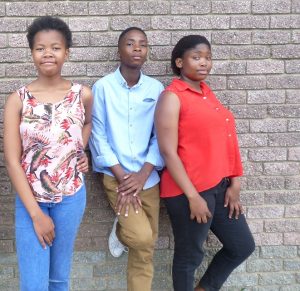 Salt by Rhodes Theatre and Indigenous Music and Dance

On the 27th of June we went to St Andrews college to watch a drama production being performed. The show that I watched was “SALT”. This was an interesting show which ended on an unpleasant note, this I believe because the character of the man in the production ended up turning his two daughters into salt pillars. Additionally, I believe that the show is more appropriate for Christians and not for other existing religions, as the story originated from the bible Christians would be able to understand it better. I found the show difficult to comprehend because I was unfamiliar with the biblical origins on which the story was based on. Furthermore, it was not completely captivating and I found it quite boring.
On a more positive note what I liked about the show was that it reflected some things that we are currently facing in our lives as this generation. With regards to the way children and parents interact with each other in the way the two daughters were not completely obedient to their mother.  As I have said before people who can follow the play or show are Christians and also people who are matured enough.
The second day we went to the Victoria Girl’s theatre and there we enjoyed a performance of indigenous music and it was so perfect and the way that the dancers moved. It also gave me that motive of being a proud African and staying true to my roots.
— Aqhamile Yose

Too Many Zoos – Jazz Festival

On the 27th of July till the 1st of July I was at the Jazz Festival in DSG. It was my first time attending the Jazz Festival and it seemed scary but fun at the same time. I attended many shows but the best band that I watched was “Too Many Zoos” Band from the US. The Trio is playing Brass House. What I really liked about the band was that they play a combination of techno and house. Their style attracts everyone, they have a booming collection of musical energy and their music forces us to reconsider the way we think about jazz. After their workshop I changed my mind about jazz combined with pop music. I ended up liking jazz music combined with pop and techno style. Actually Too many Zoos group really made people happy by coming to the National Art Festival so I think people would like it because it was very interesting and their style draws attention.