Learners from Awarenet and Inkululeko are helping rejuvenating Makhanda’s much-neglected streams and rivers! Through a project sponsored by the United Thank Offering of the Episcopal Church in the United States the project aims to make a group of high school learners into environmental change makers in their local communities.

Working closely with local river organisation River Rescue the learners are cleaning up the many waterways of Makhanda which are polluted by the dumping of refuse and general environmental degradation. Digging up discarded washing machines, plastic bags and old clothes from the streams is hard work but rewarding when the learners see with their own eyes that the effort of many can make the rivers run again. 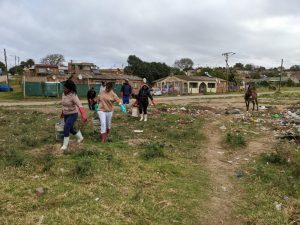 Through this practical process of cleaning up streams the project aims to conscientise the learners about the importance of local efforts in fighting mankind’s possibly biggest global challenge; destruction of our natural environment. The project also seeks to make use of inter-generational learning and indigenous knowledge to make learners take ownership of the environmental situation in their local communities. 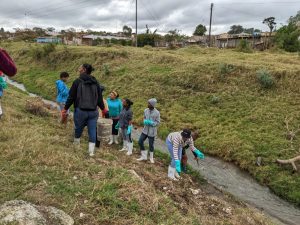 The learners themselves will try to amplify the message of the Rejuvenating Rivers project – recently featured in local newspaper Grocott’s Mail – through the creation of media content by photographing, filming and writing about the project. So watch this space!