The awarenet Peace Day Concert took place at Noluthando Hall on the 28th of September.

Since August, our awarenet students have been busy creating their own lyrics, melodies and choreographies for the annual Peace Day Concert. Corinne Cooper from Rhodes Music Department and Zukani Budaza from Sonic Art Studio taught the children musical skills and trained them to sing and perform.

It was a great time for the students. They learned a lot and were really proud of the songs they created. 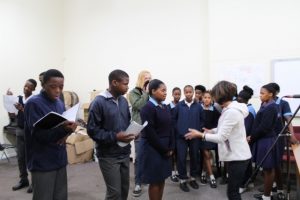 Three judges decided which group would win the prize for best song, best performance and best chorus. In addition, the three best individual rappers were given prizes. The judges were Elijah Madiba, sound engineer at ILAM and hip hop researcher, Brent Shaw, composer and lecturer in sound engineering at Rhodes University and Nombasa, afro-soul singer who at the moment is producing her first album. 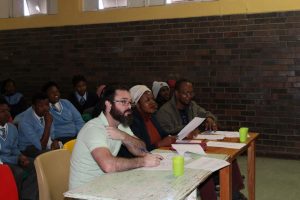 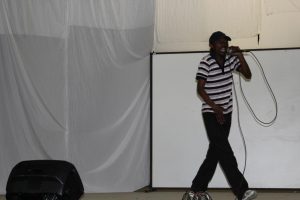 At the end, Ntaba Maria Primary School won the price for the best song; they will be rewarded with a music video that we will produce and upload on YouTube. 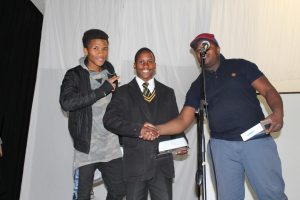 Check the songs out on Youtube at our “awarenet” channel.

This is the winner group: