Awarenet is proud of its class of 2021 who received a 100% matric pass rate! Out of these successful grade 12 learners 75% achieved a so-called bachelor’s pass which allows them to study at a South African university.

This contrasts  with the total results in our province of the Eastern Cape which had a matric pass of 73% and a bachelor’s pass rate of 34%.  In our city of Makhanda – one of the best-performing in the province – the pass rate was 83% and the bachelor pass rate was 47%.

As an organisation we are therefore really happy that our learners have pulled above their weight and achieved such great results. One of our learners – Sive Teyise  – achieved the best matric results in the whole district municipality of Sarah Baartman. 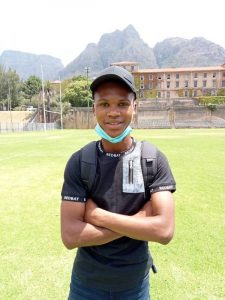 Consequently several of our learners have already started their studies at universities, both at local Rhodes University and other universities in the country. From the feedback or our learners we feel that the Awarenet program – which many of the learners have attended throughout their high school career since grade 8 – has contributed to the good results. Kamvelihle Gule, who currently studies accounting at Rhodes University says that “Awarenet has been extremely beneficial to me during my high school studies and matric year”. He adds that being exposed to IT and computers by Awarenet has helped him cope with modules involving IT in his current studies.